The Mac Weekly sat down with Anna Van Voorhis, senior art studio major, in one of the workshops of the new art building to talk about drawing, cycling, mobile homes and her journey in the art department of Macalester.

So, Anna, why don’t you tell me where you come from?

I am from Mattapoisett, Massachusetts which is right next to Cape Cod. I lived in the same house [my whole life]. I changed rooms twice; it was exciting.

And I know you have a really cool school background.

Yes, I liked my high school. It was a very small private school focused on experiential learning; there were sixty kids in my graduating class, so all of my classes had no more than fifteen kids. It was a super idyllic high school experience, really tough academically but really great.

Well my dad is an architect so I grew up drawing – I always drew houses, I always drew floor plans, that’s why this project [gestures to the wooden frames on the work table next to her] is sort of a full circle. I did one of those free drawing classes one summer, I was probably in fourth grade. And then in high school I took painting as an option, but I didn’t like it too much, I didn’t take it very seriously. I took photography too – I took them more because they were better than taking Latin or something as an elective course. I worked in marine biology most of my summers in high school; During my sabbatical year, I spent six months in Guatemala, and ended up working by chance for an art program in this larger organization. It was the first time that I decided this was something I wanted to study. So I came to Mac and two of my first year fall classes were art classes and counted as a major. I decided I wanted to graduate a year earlier than my fall freshman, college wasn’t for me. So I graduated a year earlier, and the only major that I think would have allowed that was art, as I was already on my way to completing the major.

What first brought you to Mac?

I was choosing between Barnard and Macalester, and – in fact, I applied to six totally different schools, one in Canada, one in Texas, one in Connecticut, one in New York, one here, and one in Rhode Island. I just decided I wanted to leave the East Coast; I had been there all my life, a lot of the East Coast stereotypes are true, and I wanted to be in a different place. And I really wanted to be in a town, which is why Barnard and Macalester were the top two. And I realized I didn’t want to be in New York.

So what do you love about art in the Twin Cities? Have you been exposed to this, to the community stuff?

Yes, last summer I worked for an organization trying to launch artistic programming for young people, which had moderate success, and really only because the person I was working with was super talented and older and knew what she was doing. I think the Twin Cities have a very vibrant art scene because the cost of living is really low and there is a high concentration of people interested in learning art. MIA being free, that’s also great, I go to MIA like, twice a month probably. Just for fun, for the class – it’s a nice bike ride, and their exhibits change quite frequently. And they have great coffee.

Is it important to you that Mac is not an art school, but that you have access to art outside of it?

I feel like “if I could do it all over” is something people say all the time but… I think I would have gone to art school. I applied on Mac and walked in on Mac and said I was going Mac before I took a gap year, before I thought I seriously wanted to study art – or before I thought it was actually what I want to study, as opposed to “It would be fun to take art lessons! So I think in hindsight, if I had known how serious I was with art, maybe an art school would have been a better choice? But that said, I feel like the art department here is, pretty cliché, a whole family. I feel like I’ve developed very strong personal relationships with all my teachers, and my cohort of senior art majors, and other majors who are in different grades[…] I don’t think I like competition, in studies or in art. It’s like feeling [at Mac] everyone is just doing different things, not better or worse things.

So can you tell me about your senior project?

I’m making a distinction, which means I started working on this in September. But it’s kind of the project that I wanted to do since I became an art major; I wanted to do this for a very long time. So what I’m doing is making a mobile home, which will be towed behind a bicycle. So a bicycle camper van might be the closest approximation, but it’s big enough for a bicycle camper van.

Where did this idea come from?

My freshman year, I was like “Stan, who’s my honorary advisor, I really want to make a houseboat.” And it seemed really difficult – a barge would have been more complicated, it’s already complicated enough, logistically. Going back to what I said earlier, I’ve always been very interested in architecture, plans and designs and the way people build houses, and why we live in spaces like we do. let’s do. I am interested in three things, the first being sustainability in housing. I have the impression that there are a lot of ways to talk about it, like building from sustainable materials, local materials, materials that are not super synthesized and transformed, the notion of vernacular architecture, which builds from the region you are in.

The second thing that interests me is mobility, and our transition, over time, from more nomadic humans to less nomadic and place-based humans, and I think I’m really interested in why this transition occurs. You bring your home with you and something remains constant even as you travel through space and experience different places.

The last concept that interests me is the intersection of great art and craftsmanship, and what it means to have something, a conceptual work of art versus something that is handcrafted. Because I think it really wobbles on that line, probably falling more into crafting. And I hope it ends up being a nice thing to watch, but its function is more what it’s about than its appearance – form follows function, and what does that mean.

Are you going to take him across the country?

No, it’s a bit complicated. My girlfriend and I are going to cycle fifty states for a year and a half, two years – that’s the plan. We are leaving on August 19, from the Twin Cities. The trip started to be planned at the end of November. Theoretically yes, [my project] is usable, but for travel it doesn’t make much sense. I feel like it’s the luxury model, like you want to go to Afton State Park with that, somewhere very close. Technically, it’s four feet wide; bike paths are supposed to be at least four feet wide. But, it’s also going to be heavy, relatively heavy, like a hundred and fifty pounds, which is like a human, some human. So no, it won’t be what I take on my bike trip, but it kind of inspired me in planning this bike trip.

In what other ways does your art intersect with your life?

My way of describing myself as an artist is as an organizer, space or objects. I think art is much larger than an image that looks really nice. For me, it’s more of something that I build to organize space, to organize a way of living, a way of moving, and I think a lot of the artists I watch are more conceptual in that way, than this. what they do is not just organize the pigments on a piece of paper, but more organize a larger social [themes]. So this bike trip, I feel like it’s all going to be a work of art in itself. I consider it almost an artistic work, because I think exploration and learning are artistic processes. And so by discovering different cities and different states, and discovering the road from a bicycle as opposed to the road from a car rather than looking at the roads of an airplane or walking on those roads; these are all really different ways of experiencing a place, which then tie into that.

So, would you consider yourself to be someone who really enjoys being connected to a place, or who appreciates being mobile more?

I think I wish I could say I was someone who enjoys being mobile, I think it’s more glamorous. I think I need to have some means to organize the space I am in, and therefore this [project] is a mobile space, but the space itself is a closed entity. So even on this bike trip, I feel like my bike is going to become this space. My bag, which is like the basket on the side of your bike, will become this space. These are the spaces that I have that will be constant… but I don’t know, we’ll see. Traveling for a year and a half will be the longest I think I have ever traveled. Absoutely. Without, a place. So I think that’s what your bike gets, this place.

Are you going to have ways to communicate with people?

For me, this cycling trip will concern several things. One of the things I want to do is make an art book, like an almanac combined with a photo book. Photos and interviews and pictures and sketches and notes and stuff on all these places. And then in a dream world someone would post it and I would make millions of dollars and lay on a velvet couch for the rest of my life. So that’s something I feel: the result of the trip will also be a work of art. There are a few art grants I’m applying for, I think we could have a little Kickstarter – I think I’ll print postcards and stuff, that will be the incentive. Oh, and I’m trying to do a travel blog. So there will be ways to see what’s going on. And we have [my girlfriend and I] makes this an open invitation, everyone is allowed to come and ride a bike with us for as long as they want.

So are there any final statements? Any advice for emerging art students or any student in Macalester?

I feel like the only thing I really have to say is that everyone should come to the senior show opening on May 2nd at 7pm. I think there should be alcoholic drinks for those of you over 21, and there will be snacks that the senior art majors will choose… I think that’s it!

Next Art major determined to pursue a career in painting | Culture 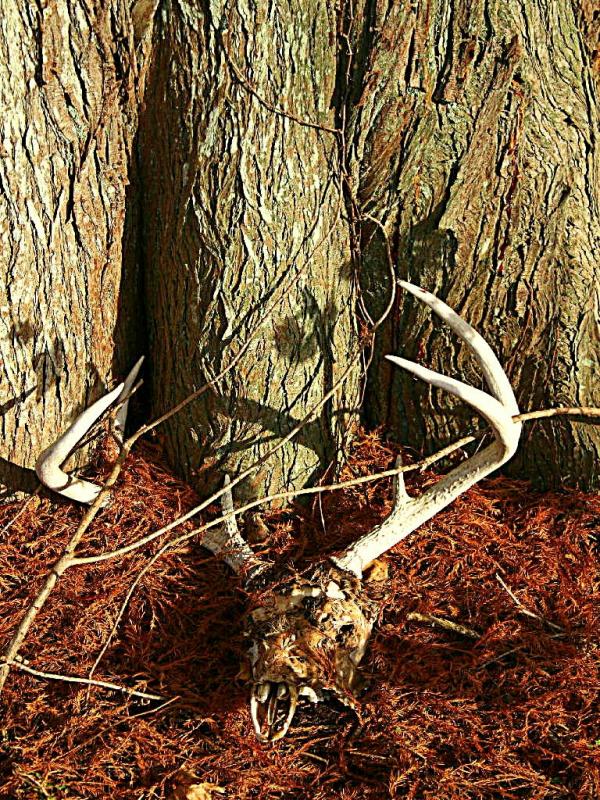 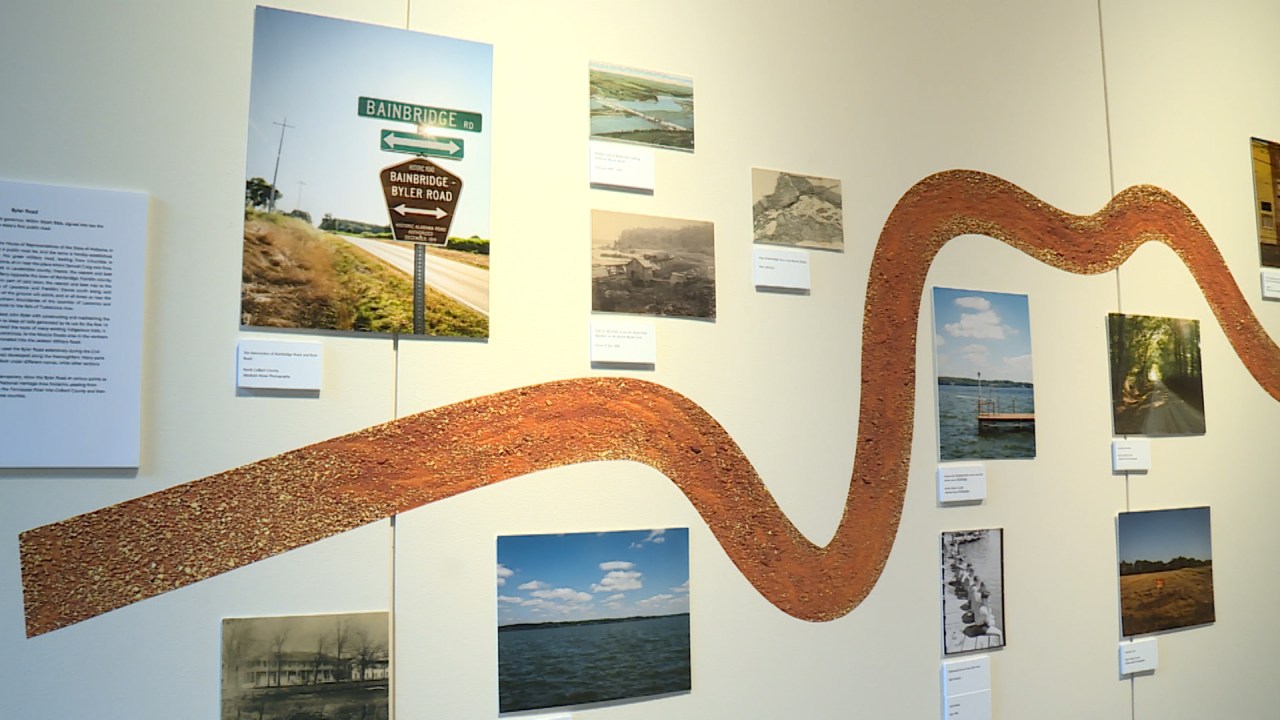 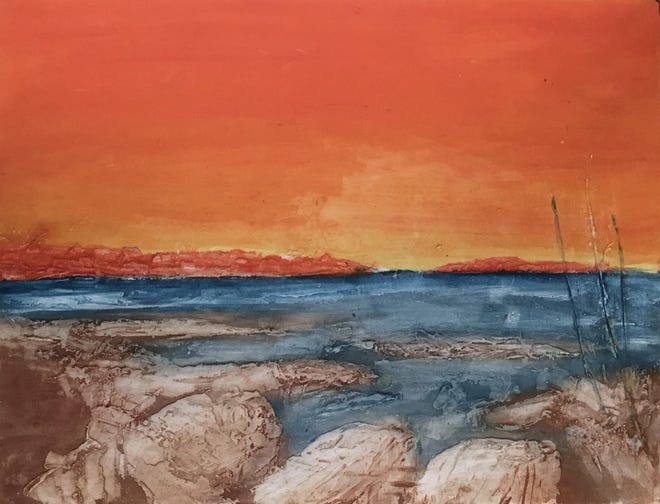 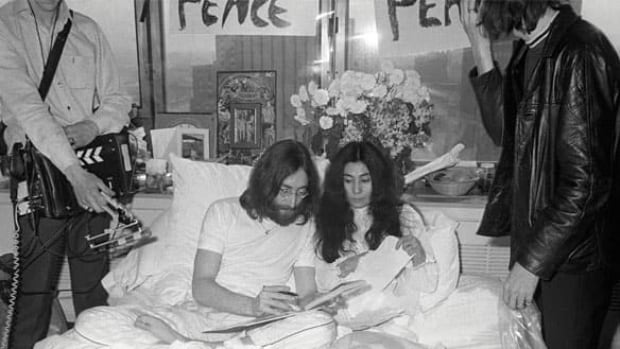