Over the past two years, the Arts Section has interviewed major arts students about their past, their art, and their hopes for the future. This year, most interviews were conducted by email. When given the list of questions that are usually given to interviewees, Jacob Rath ’13 wrote the following response. Instead of analyzing his response, we thought it was better to publish it in its entirety.

My name is Jacob Rath. I am from Brooklyn, New York. In addition to art, I have a major in mathematics and a minor in Russian. I am also co-chair of the Scrabble Club.

My father is an artist, so I have been exposed to art for as long as I can remember. While art has always been something I did as a kid, I didn’t do it so much in high school. That changed when I got to Macalester. I followed Drawing I during my first semester at Macalester and worked as a studio assistant. Once I realized that I was spending the majority of my time in the art building, I realized that art was my specialty.

When I was working as a studio assistant in my first semester, one of our jobs was cleaning the basement of the art department. It was filled with the belongings of Donald Celendar, a deceased professor who worked in Macalester. While we were cleaning the basement, we got acquainted with his personal life and his works of art. He has written numerous polls. He distributed these surveys to various people and then compiled their responses into a book. The most interesting of these books was called “Mortal Remains”. He asked various people in creative fields what they wanted to do with their bodies after they died. The book has become one of my favorite pieces of all time and has completely changed my idea of ​​what art is. Art was more than pictures and interesting objects. The art was asking questions and trying to come up with interesting answers. Donald Celendar’s work is what inspired me to finally get interested in interactive art.

My biggest interactive piece is called “I am … me”. The play involves a person walking around carrying a dry-erase board. The person (called the model) asks others to write things on the board. Everything should be written in the form, “I am (something). (Do something for) me. Every time the text changes, I take a photo. I started making this piece as a project for my fiber class. The first time I did the “I am… me”, I posed for the play on the Macalester campus. I did the song again in New York. Changing the location changed the responses I received. I asked some of my friends to model for me, and switching models also changed the types of responses I got. I want to involve even more people. So far everyone has been college, it would be nice to have someone a little older. Inti Chomsky ’13 said he wanted to do this play in Mexico City. I was excited about the idea, since so far this piece has only existed in the US, I’m also interested in whether it is possible to translate this piece into Spanish.

I didn’t do the play in Minnesota outside of the Macalester campus because I’m too busy during the semester, and I’m not here other times of the year. The room also requires spending an hour or two outside, and unfortunately the majority of the time I spend in Minnesota is during the months when it’s too cold to be outside.

My work for the senior exhibit will certainly contain an interactive component, if not several interactive components. I’m still juggling what exactly my room will look like. I have done a lot of work for this, but I don’t think the work I have done is unified yet. I should be able to find ways to bring these ideas together in time for the show. I am doing work that deals with shopping / consumption, but I am also developing work on the contrast between defectiveness and beauty, and work on purity. I was very inspired this semester and had a lot of great ideas. Unfortunately, I can’t do everything I want to. I have to figure out which ones complement each other the best and which ones I can implement well in time for the final show.

I have a website for the “I am… me” piece. The url is iamontumblrfollowme.tumblr.com. I will update it whenever I get a chance to work on the part.

I am interested in making more collaborative art. If anyone is interested in working with me, don’t be shy. We can understand something. 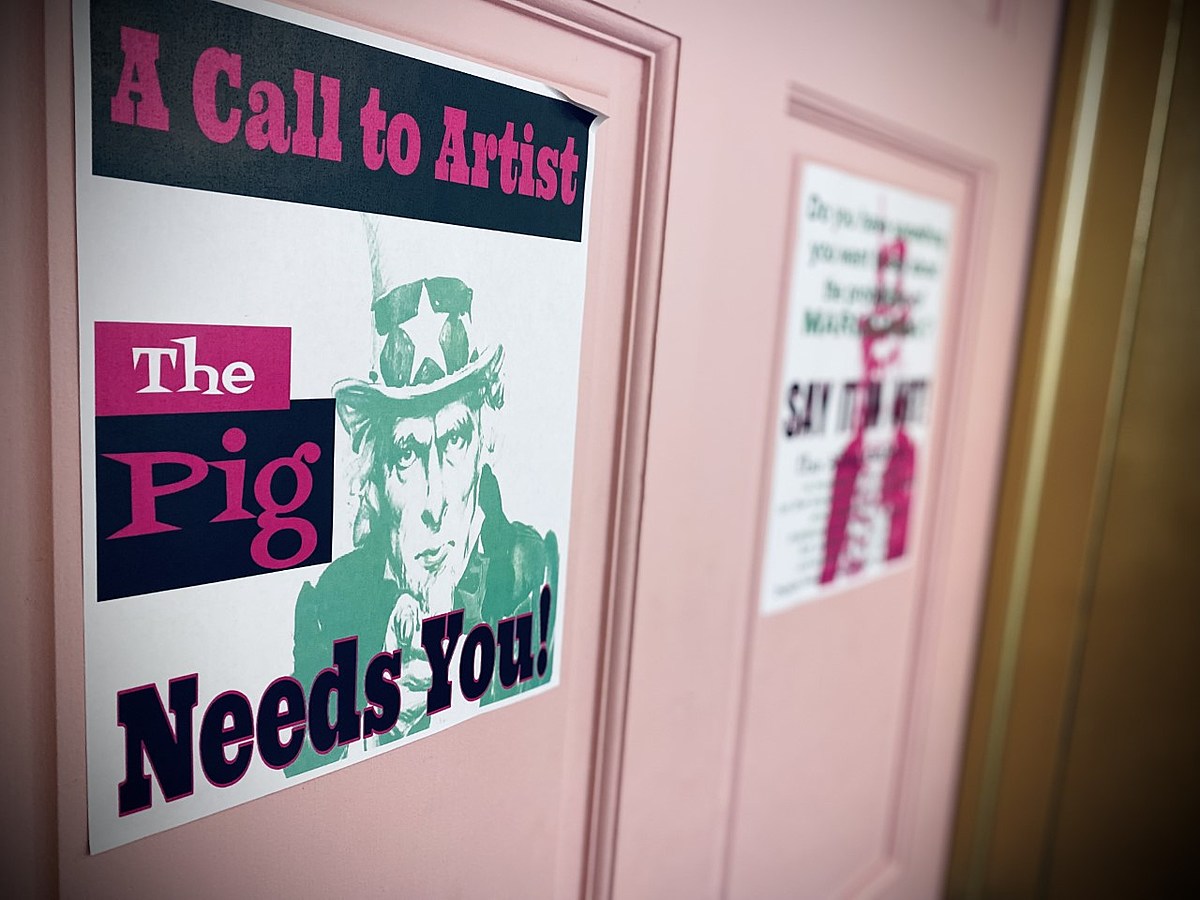