The enduring power of portraiture through time will be on display when two major exhibitions open at the Art Gallery of South Australia in July. Large-scale video portraits by a revolutionary artist Robert Wilson will be featured in the Australian premiere and exclusive exhibition, Robert Wilson: Moving Portraits, alongside Archie 100: A Century of the Archibald Prize – a national traveling exhibition celebrating 100 years of Australia’s most prestigious portrait prize. A ticket will allow the public to discover the two exhibitions.

AGSA Director Rhana Devenport ONZM said: “We are delighted to bring Archie 100 to the AGSA, giving local audiences the first-ever opportunity to experience an exhibition of Archibald Prize portraits here in South Australia. At the same time, an exhibition of Robert WilsonThe intricately produced video portraits, never before seen in Australia, present a gripping scene to reflect on our notions of celebrity and the power of the gaze in unexpected ways.

“Visitors will witness the beauty and appeal of portraiture in its many forms in this double-headed offering, from richly painted works from the Archibald Prize to Robert Wilsonof video portraiture,” says Devenport.

Since the beginning of my theater career, I have been fascinated by stillness and the movement that is in stillness… – Robert Wilson

Opening July 9, Moving portraits features over twenty large-scale, high-definition video portraits. Each portrait incorporates a multitude of creative elements – lighting, costume, make-up, choreography, set design and sound – to reflect Wilson’s interest in the body and the power of the gaze, as well as his keen understanding of stillness.

Several of the video portraits refer to pivotal moments in art history and were created through collaborations with renowned artists such as Lady Gaga, who held the same position for seven hours in her recreation of Mademoiselle Caroline Rivière from Jean-Auguste-Dominique Ingres’ famous 1806 painting, in which a lone tear rolls down her cheek. Another video portrait sees the actor brad pitt standing in the rain, holding a pistol which he slowly raises and aims at the viewer, the tension erupts when the weapon turns out to be a water pistol.

Robert Wilson said, ‘Some of the subjects we have portrayed – brad pitt, Sean Penn – are more themselves; perhaps with the addition of associations I have with them. In others, there are biographical elements. Jeanne Moreau was interested for example in a theatrical project on Mary Queen of Scots. The face of Isabelle Huppert, on the other hand, always reminded me of Greta Garbo. And sometimes, as in the portrait of Princess Caroline, it was interesting to photograph her in a pose her mother Grace Kelly hits Hitchcock’s rear window. All images have multiple layers of hints. They are personal and poetic statements of different personalities.

Other portraits feature untrained animals captured by the video camera in long, uninterrupted shots, such as an elk, a panther, an owl, and a porcupine. Driven by his uncomfortable experiences as a child forced to hunt deer with his father, Wilson reconfigures the gaze of these animals to create moments of connection between the human and animal world.

Internationally acclaimed for his radically inventive theatrical and lyrical direction, Wilson (b. 1941) staged landmark works such as Philip Glassof the contemporary opera Einstein on the Beach, and collaborated with Marianne Faithfull, Laurie Anderson, David Byrne, William S. Burroughs, Willem Dafoe, Mikhail Baryshnikov, tom is waiting, Lou Reed, and many more, in a career that has influenced generations of artists in all art forms. Wilson has many productions playing in theaters and opera houses around the world. Although best known for his theatrical pieces, Wilson’s work is firmly rooted in fine art having shown major exhibitions in museums and galleries including the Louvre, Paris; Center Pompidou, Paris; Museum of Fine Arts, Boston; and the Guggenheim Museum, New York.

Acting as thematic touchstones, rarely seen works and new acquisitions from AGSA’s renowned collection will complement each video portrait – from a 2nd-century marble sculpture of Roman Aphrodite to an embroidered garment from the fashion house. Australian Romance Was Born. In addition, each screen plays its own soundscape – drawn from classical, experimental and popular music, to spoken word recordings. In this way, each portrait becomes a rich tableau of artistic media – an otherworldly encounter in a language that is entirely her own.

Archie 100: A Century of the Archibald Prize

Opening July 9, Archie 100 features a diverse collection of Archibald portraits from every decade of the past century, honoring the artists who made the “the face that arrests the nation” award. Arranged thematically, Archie 100 not only reflects how artistic styles and approaches to portraiture have changed over time, but, most importantly, the changing face of our nation.

“Since its inception, the Archibald Prize has attracted nominations from prominent and emerging artists from Australia and New Zealand, as well as famous personalities from all walks of life, from famous faces to local heroes. We look forward to sharing Archie 100 with visitors as it tours Australia and, for the first time, with South Australian audiences.

Exhibition curator and Curator of Australian Art at the Art Gallery of NSW, Natalie Wilson, said: “Each portrait selected for Archie 100 offers an exciting glimpse into a specific moment in time. Visitors can expect to see and learn about stories of portraits of famous identities from the last century, beautiful portraits of intriguing characters whose names are now forgotten, and works that have not been seen in public since. their first exhibition as part of the Archibald Prize.

ABOUT THE ARCHIBALD PRIZE

First awarded in 1921, the Archibald Prize was created following a bequest from the former trustee of the Art Gallery of NSW and founder of The Bulletin magazine, JF Archibald (1856-1919), whose purpose was to promote portraiture, support artists and perpetuate the memory of great Australians. The public competition, which is judged by the Gallery’s trustees, has been awarded annually (with two exceptions: 1964 and 1980) to the best portrait, “preferably of a distinguished man or woman in the arts, letters, science or politics, painted by any artist residing in Australasia”.

Robert Wilson: Moving portraits and Archie 100: A Century of the Archibald Prize are on display at the Art Gallery of South Australia from July 9 to October 3, 2022. Purchase an exhibition ticket and gain access to both exhibitions. Buy your tickets online at agsa.sa.gov.au. 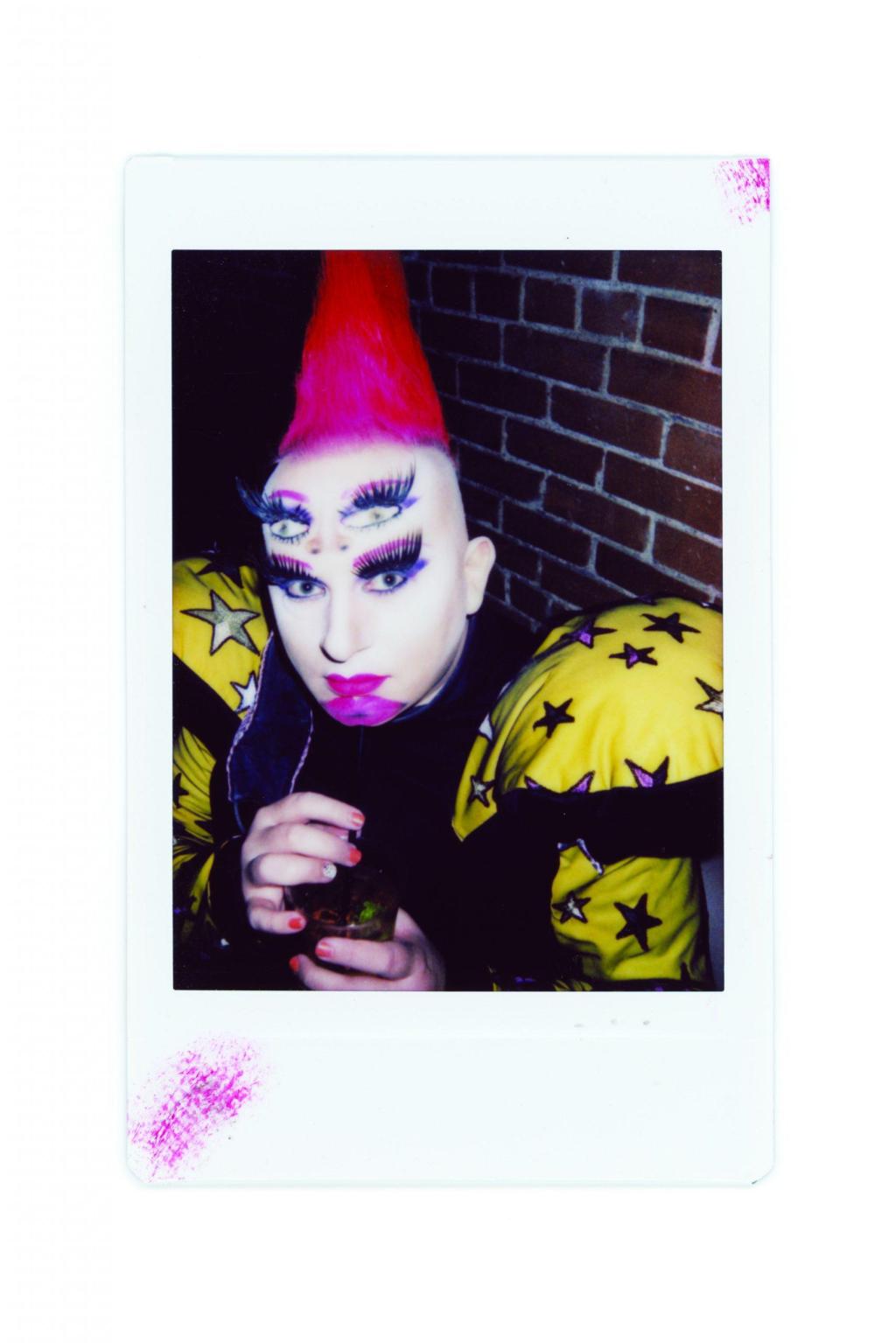 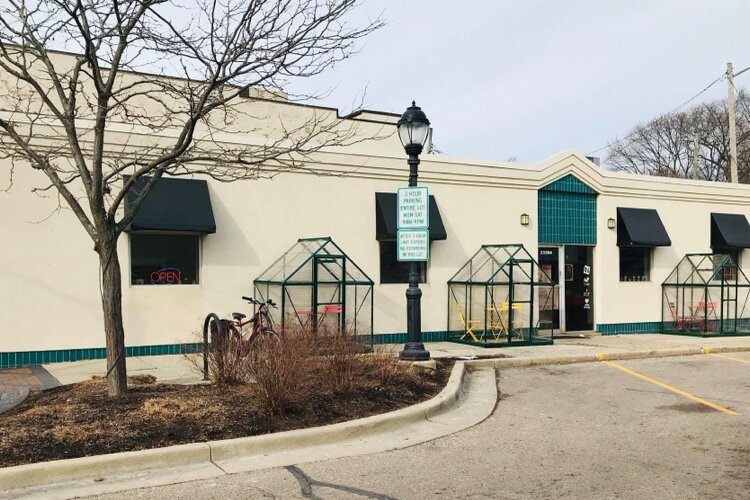 When an embalmed body was exhibited in a Bristol art gallery